Hi,
I’m having trouble understanding a particular “feature/configuration” of ChirpStack that I only found out by reading this discussion - quoting, “Chirpstack configures your device in an odd way upon join. In particular, it programs your device to send three uplinks for each message”.

I’ve just tried to run the firmware I’ve been using for a while on my Feather M0 LoRa, this time without forcing a sleep after the first transmission and, after the first UL that followed the join it actually sent three ULs with an empty payload (the error messages are due to the fact that the Javascript decode codec fails since it expects a non-empty payload): 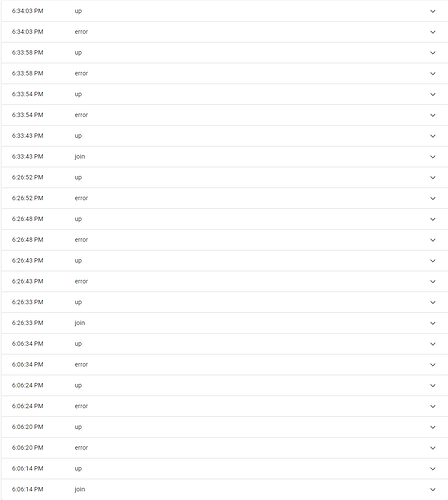 This is really strange, since I’m almost sure I’ve never received multiple uplinks before neither with the Feather-based devices nor with other off-the-shelf LoRa devices.

However, since I’m experiencing minor issues especially with the Feather devices (occasional transmissions lost/skipped and almost equally -kind of similar pattern- occasional bursts of 2-3 consecutive transmissions), I’m starting to think that not handling this “three-uplinks-per-message” mechanism could be part of the issue.

Does anyone know if this is actually something that exists and can be configured/modified somehow?