It seems like the timestamp shown is a GPS time in nanoseconds. You are probably expecting it in seconds. To convert, simply use only the first ten digits.

I am wondering whether ChirpStack transmits the timestamp correctly though. I see in the LoRaWAN Link Layer Specification v1.0.4.pdf that there are supposed to be in the DeviceTimeAns payload
4 octets for seconds since epoch (which is what you expected)
1 octet for fractional-second in 256 increments 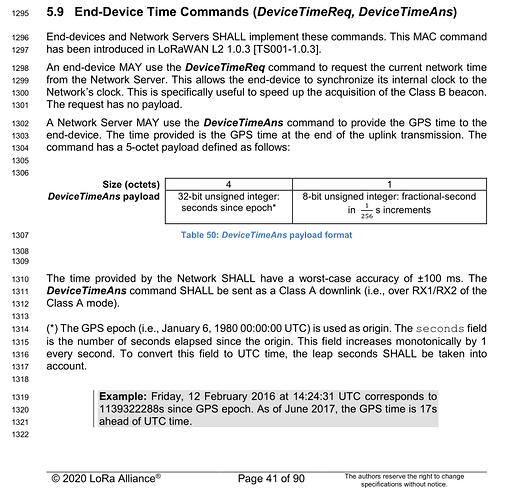 I suspect ChirpStack actually sends out nanoseconds as shown in the JSON payload, instead of the format described in the specification.