Why do I receive the unconfirmedDataDown instead of confirmeddata down? 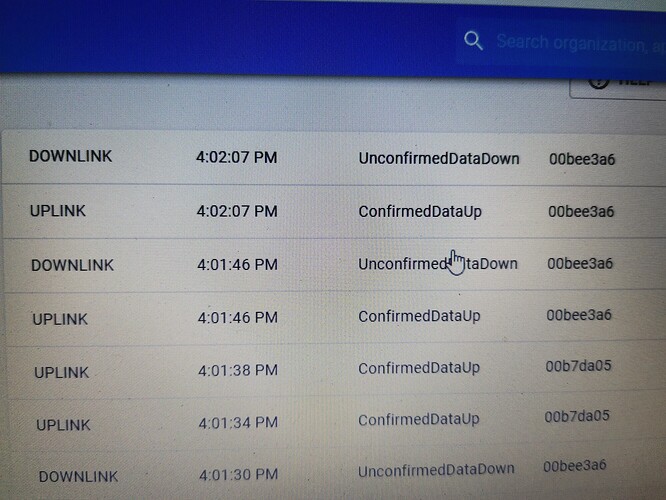 Did you set confirmed to true when queueing the downlink?

when I wanna use my lora node to sent a confirmed data to chirpstack, the server shows ‘unconfirmeddata down’

Please note that to acknowledge a confirmed uplink, the downlink does not have to be of type confirmed.

Please note that to acknowledge a confirmed uplink, the downlink does not have to be of type confirmed.

Where did the confirmation signal returned by the server go?
And what does unconfirmed data down mean?Does it mean that the downlink data doesn’t need to confirm by the end-device?
Thank you so much!

I think you have some kind of confusion with confirmation concept. We have two parts: end nodes and Network Server.

Each one can request to the other part the confirmation of that it received the message: this request is a ConfirmedData.

Then the other part should answer to the request in the opposite direction, but with an UnconfirmedData because the answer is not requesting for another confirmation.

As example, usually end nodes send uplinks regularly as Unconfirmed Data as they don’t want any confirmation from the Network Server.

If an end node sends an Uplink ConfirmedData it is requesting for the confirmation from the Network Server, and this one sends a Downlink Unconfirmed message saying that it received it.
Now the end nodes receives this confirmation and acts depending on what it software says.

Sorry if it was long, but I hope it is clearer now.

Thank you for your patience to answer, it is very clear, I already understand！