Hi,
As you can see in the attached screenshoot I’m having an issue with the dashboard. I’ve got two gateways; both are actives as seen in the map, but the gauge says that one of them is inactive.
Moreover “Device data rate usage” doesn’t reflects some messages with DR0. 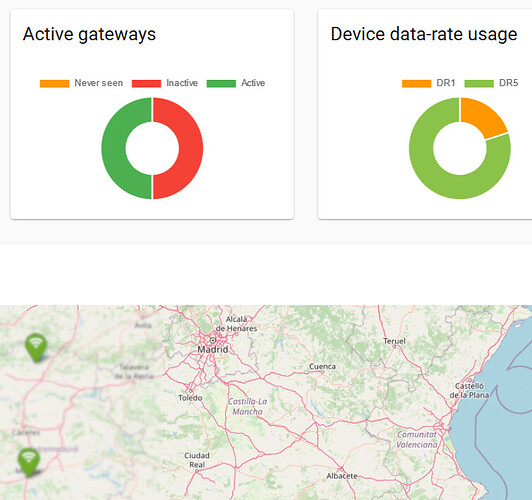