First things first: I have already read the previous posts on this and attempted the advice in e.g. Error: device-session does not exist or invalid fcnt or mic - #2 by brocaar and attempted it.

The problem: I have a number of devices that occasionally have Unconfirmed Uplinks fail with Invalid MIC errors (from the MQTT bus, this on messages:"type":"UPLINK_MIC","error":"invalid MIC",). Sometimes they self resolve.

In addition to this I have also done some light reading of the source in an attempt to find out why this might be happening, as well as looking at the redis keys (although this was less useless since I’d have to decode the protobuf object, and didn’t have things set up for that).

These devices definitely do occasionally reboot (battery changes, software crashes), and frame counter resets are typical. But sometimes some of them just stop working entirely and it’s always this failure.

Maybe there is something incorrect with the device-session data in redis? I’m not sure how to tell, the logs don’t seem to provide any more information on this either. Similarly uncertain about how to recreate the session information or so.

System is on the latest versions of chirpstack, on a Debian installation from the https://artifacts.chirpstack.io/packages/3.x/deb repo.

Notes: these seem to only work on ABP when using Chirpstack. They worked on OTAA with TTN, for reasons unclear to me as I didn’t have time to investigate, so it was necessary to roll them out with ABP (and OTAA is not an option).

I have the same problem.
With OTAA ClassC 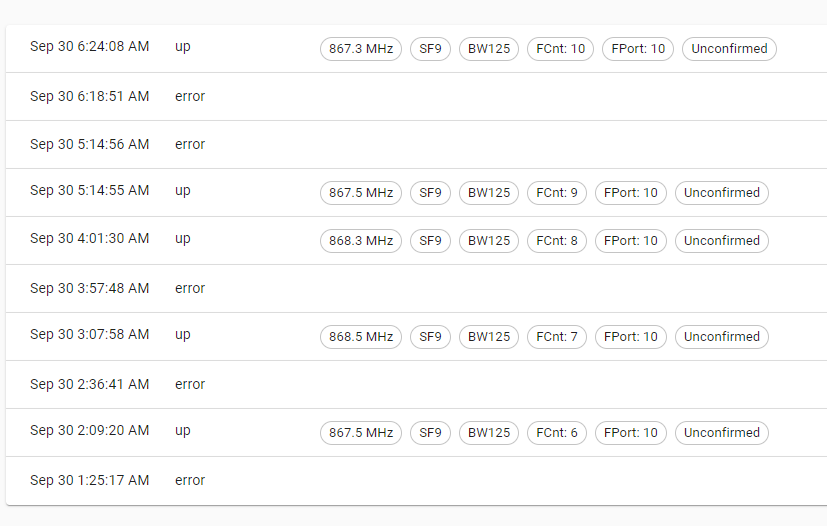 the fCnt are the same of the last good values received 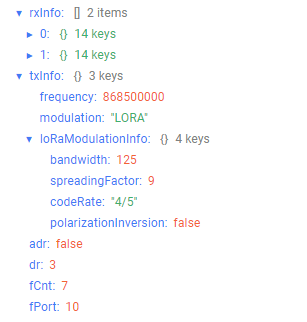 BAD → next one with MIC error and same fCnt:7

GOOD → next one after 1 hour 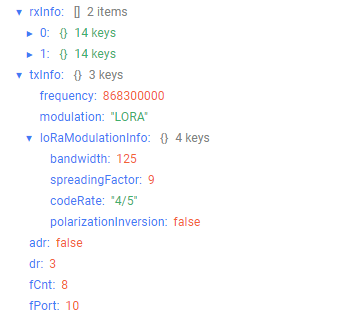 the fCnt are the same of the last good values received

Indeed, unconfirmed uplinks with repeated frame count are illegal (confirmed ones could be unnecessary retries where it was the ack not the uplink that got lost).

Unfortunately there are some node firmwares where the manufacturer has implemented this out-of-spec behavior.

You basically have to take it up with the manufacturer or firmware author and get them to bring their device into compliance with the LoRaWan spec.

Or else you ignore them - dropping the packet with or without notification is spec-compliant behavior by the server.