Thank you for your time

When my devices do that it means that the confirmation the device is expecting isn’t reaching the device. (Lorawan spec says that devices will have a number of retransmissions when it asks for a confirmation but non is received.)

Or as happened in the early days the device was too close to the gateway and the gateway responses were swamping the receiver which caused it to act as if no response was received. This case was fixed by moving the device away from the gateway or putting tin over the device.

It seems the downstream messages are not acknowledged, and therefore neither visible nor is the frame counter incremented. Perhaps you face a similar problem as I encountered:
Thread

Thanks for your help!
I tried the newer version, but it didn’t seem to work.
I also found that the uplink frame-counter and the downlink frame-counnter did not match. 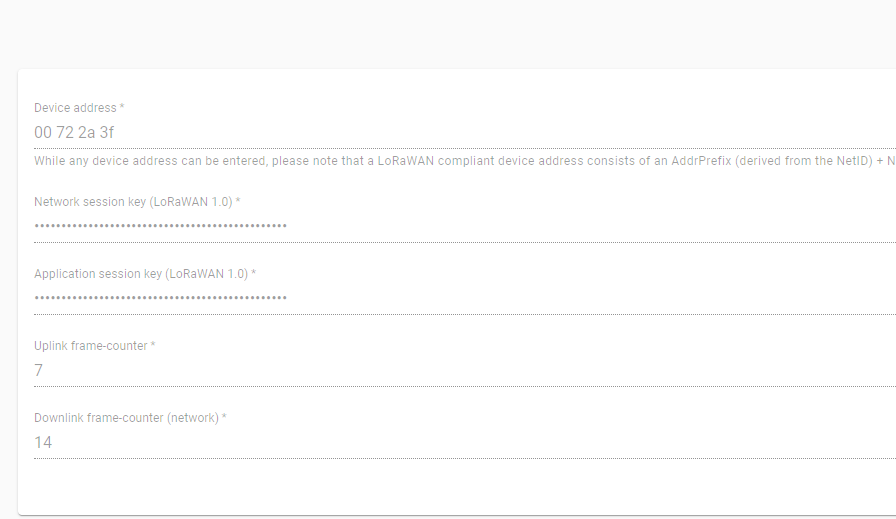 Thanks for your help.
I tried these methods,but nothing worked.
My device still sends a lot of uplink data initially.