Hi, I’m having trouble trying to send a downlink packet to a Class A sensor using the Web UI and wondering if I’ve overlooked something simple. I can successfully send the packet to the sensor (as it acks on the next uplink) but the sensor ignores the packet. 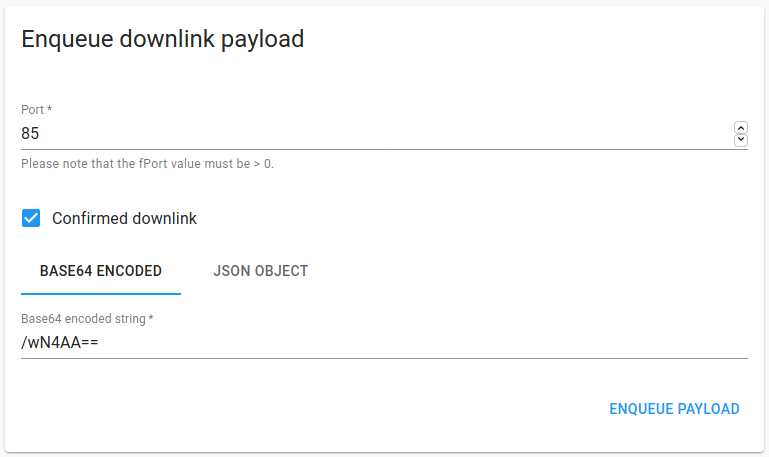 On the next uplink, the packet is sent to the sensor and the sensor acks it on the following uplink. However the sensor appears to ignore the payload. I’m using an off the shelf sensor so cannot look at any logs on it to determine what the sensor is doing.

Am I missing something here as I thought this would have worked?

That looks correct, and the device ack indicates that the device received the confirmed downlink. Does the device send any uplink to confirm change of configuration?

Thanks for your responses @bconway and @mfalkvidd. I managed to successfully send the downlink in the end, but I had to disable ADR on the device to get it to work.